For those in my Advanced Master Gardener Class: Winter Gardening In Kansas - Without A Greenhouse

Greetings to you, and thank you for all of the positive feedback from both sessions of the class.  I attempted to record the second session to post here for you, but for some reason, it did not record.  I will manually re-record the presentation and post it here for you soon, so please return to review the information presented.  Thank you again, and have a GREAT Winter Gardening Season!
Posted by Bob Broyles - Curious Naturalist at 12:15 PM 1 comment:

I built a simple Chicken Tractor to house my chicks until they are large enough to safely free range.  This portable coop provides protection from predators and the elements while allowing the birds to graze on fresh grass and bugs daily.  And they leave behind mowed grass and plenty of fertilizer!  I use the two-wheeler to lift the front end slightly and roll the coop forward to fresh fodder daily. 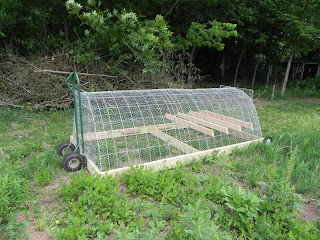 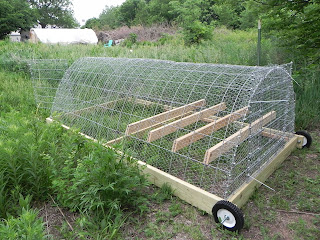 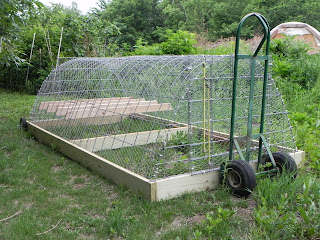 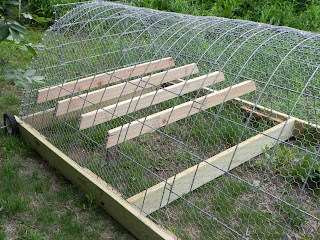 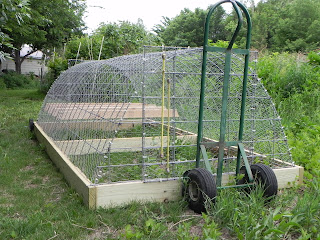 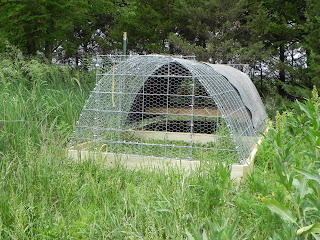 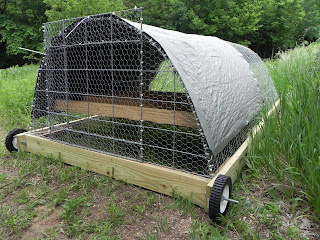 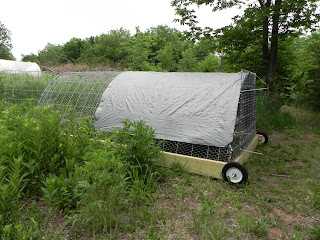 Posted by Bob Broyles - Curious Naturalist at 12:50 AM 2 comments:

Hoophouse Doubles As A Brooder!

This Spring, I used the hoophouse, greens, weeds and all as a brooder, and man, did the chicks, poults, ducklings and goslings love it!  They took it upon themselves to consume every last green item in their reach. 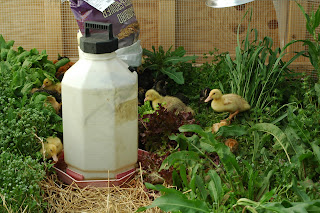 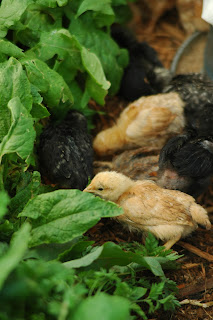 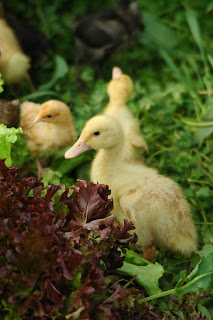 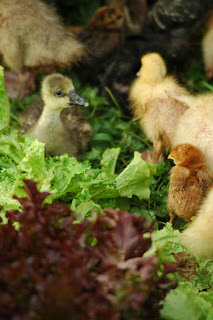 Posted by Bob Broyles - Curious Naturalist at 10:27 PM No comments:

On January 11, 2011 I went out to harvest a salad from inside the hoophouse.  It was 7 degrees outside, but around 40 degrees inside. The last picture shows the bounty! For some reason these images are truncated, you will have to click the images to see the entire photo. 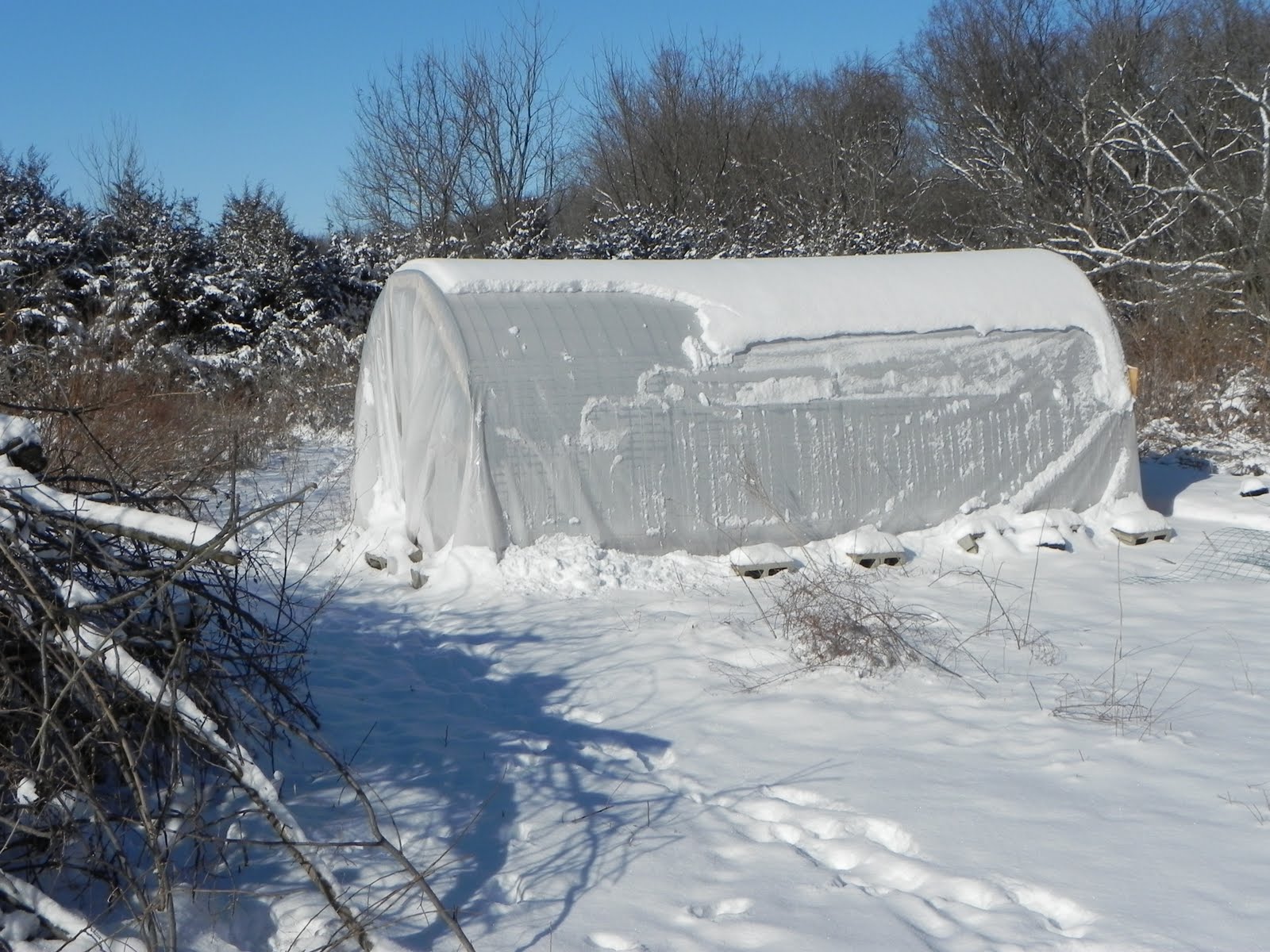 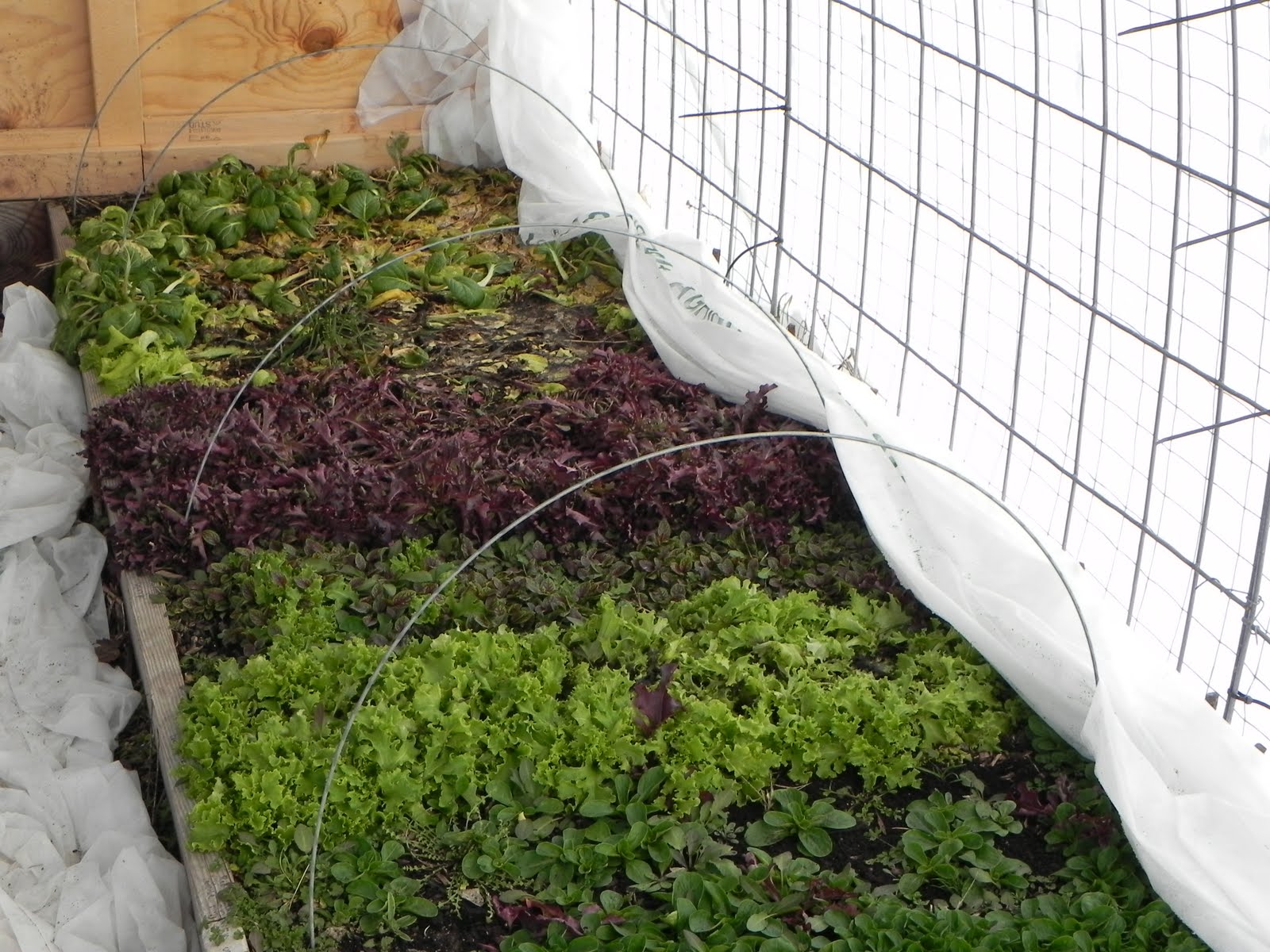 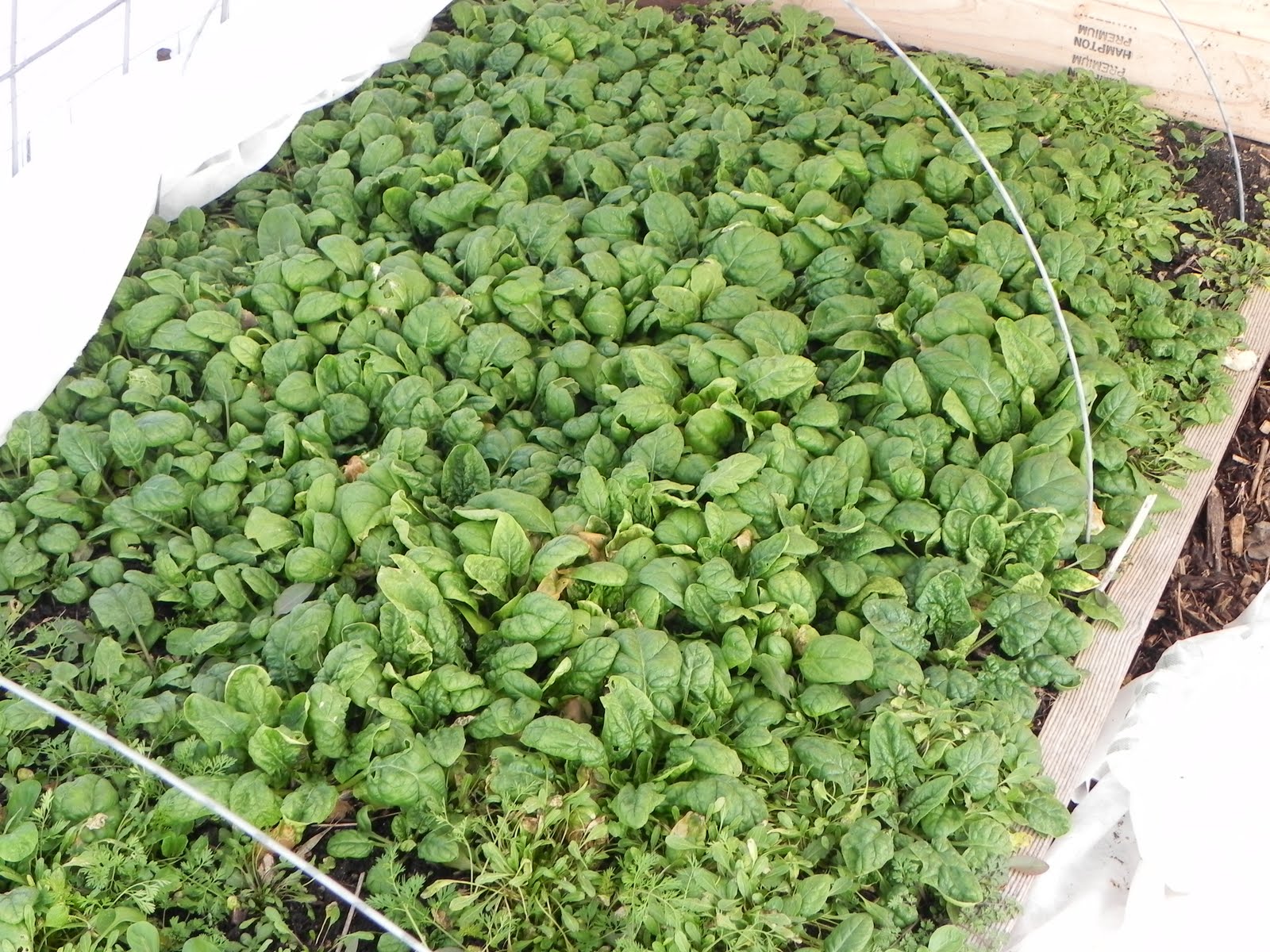 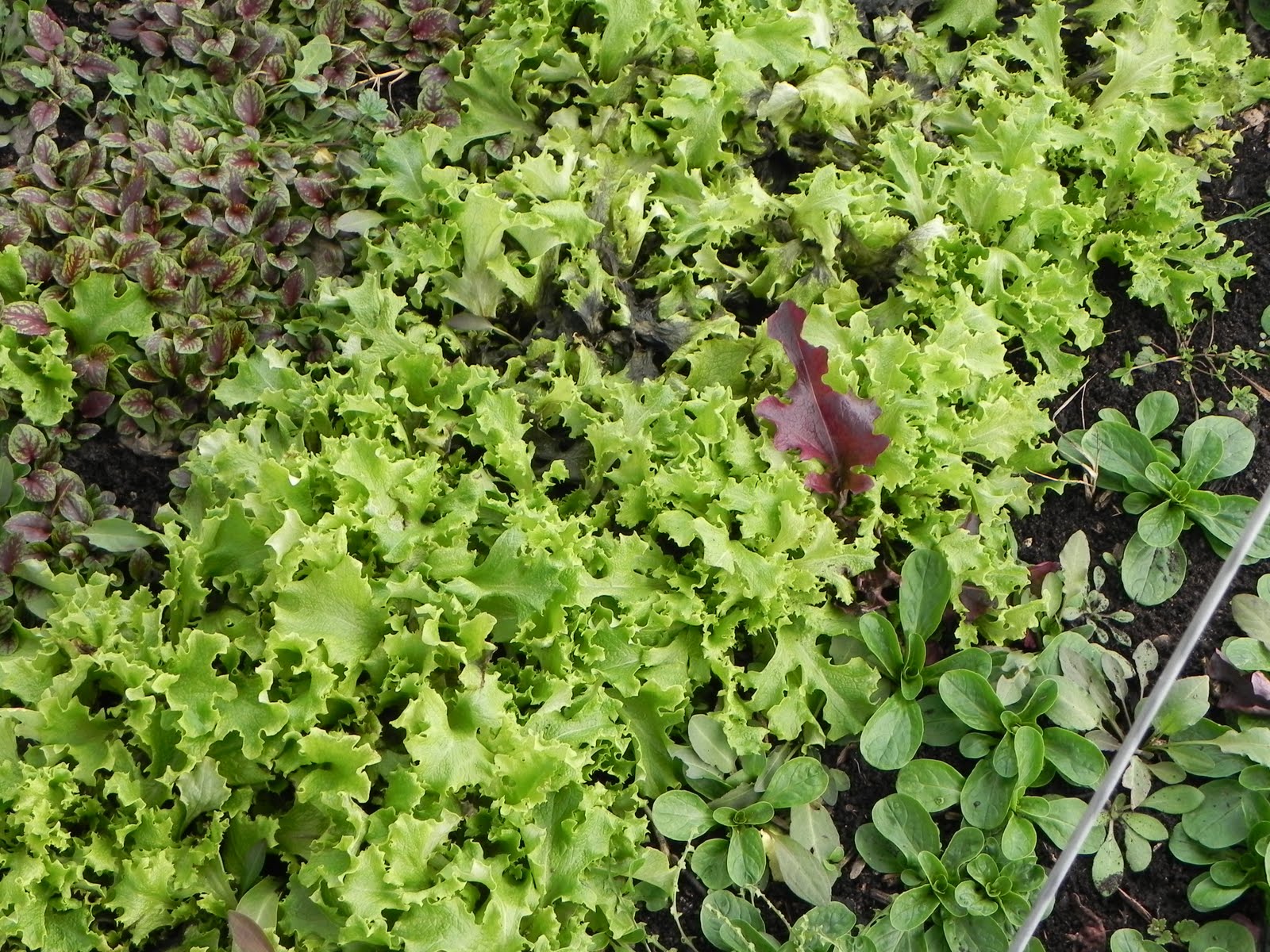 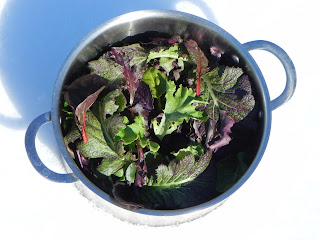 Posted by Bob Broyles - Curious Naturalist at 9:43 PM No comments:

Last Fall (2010) I finished the Hoophouse, and these photos were taken as I did so. Note that the winter veggie crops are already up and growing as I put on the finishing touches.  The north end-wall is plywood sheets screwed on for easy removal.  It will eventually  have hinged plywood for ventilation.  An old garden hose was slit lengthwise and zip-tied to the ends to protect the plastic cover. 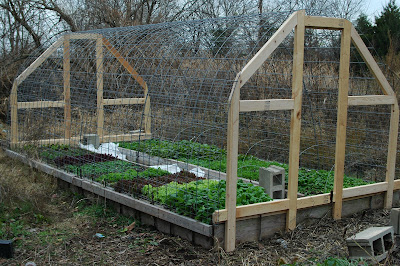 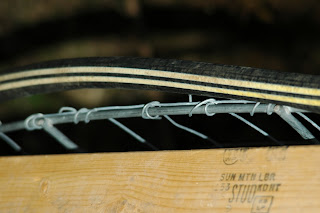 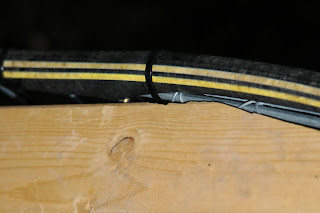 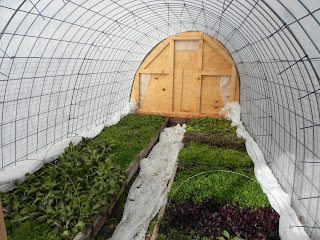 Posted by Bob Broyles - Curious Naturalist at 8:41 PM No comments:

My dear friend Norm, who resides in Florida, was gracious and shared some of his images of hand-feeding a local pair of Barred Owls that live in his neighborhood.  He began by calling them in with a "Who Cooks For You, Who Cooks For You-All" call several years ago, and soon he had them in his backyard literally eating out of his hand !  They eventually came to the point of calling Norm outside when they could see him thru the windows, letting him know he was neglecting his duties.  Norm initially began a "Rodent Ranch" to produce enough food to hand-feed his regular guests, but as this is no small task, you can see that he switched to an alternative food source in the lower photos. 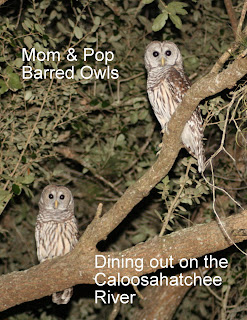 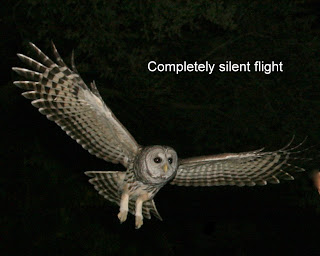 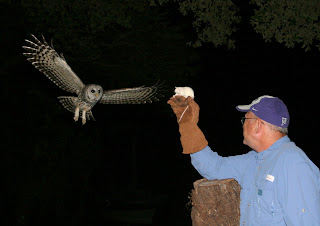 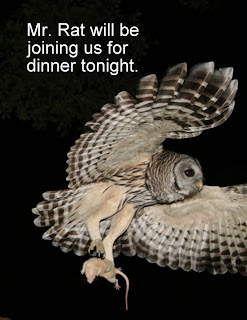 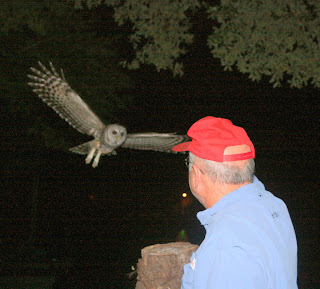 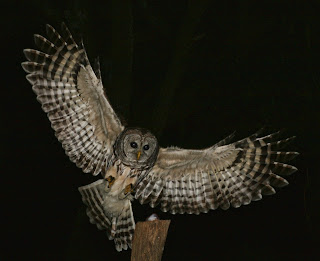 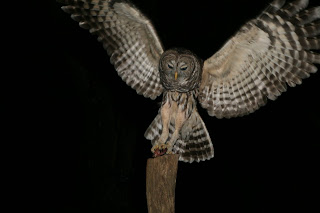 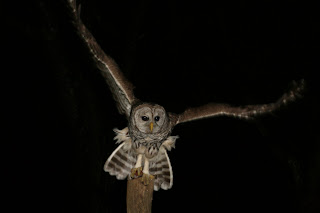 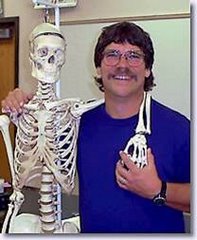 My Web Site, and Some Favorites